the ya¹ festival will happen on 6th of august for the first time with 6 concerts at 6 different locations and 6 different music traditions. a musical walk through essen-borbeck.

¹yet another day festival for contemporary music

virginia nicoli is an italian musician who has dedicated the past 17 years studying indian classical music.

she mostly performs in duet with her partner in life and music igino giovanni brunori. their duet is called samvad and they have performed worldwide in different classical and contemporary collaborations.

this time nicoli will give a rare solo performance bringing us close to the intricacies of this unique ancient musical genre.

her journey with music began in her early childhood, studying silver flute at different private schools and at the conservatory in milan.

at the age of 18 however she discovered the world of indian classical music and from there on she completely immersed herself in this ancient art form.

at first, she studied at the conservatory in vicenza where a special course of indian classical music exists since 2003. there she had the honour to study with amelia juni, gianni richizzi and federico sanesi.

in 2010 she graduated from this conservatory in "tradizioni musicali extra europee ad indirizzo indologico" with the award for most outstanding graduates. she presented her final thesis after an extensive research in india interviewing great musicians and musicologists.

at the same time when she started the conservatory in vicenza she began her journey to india. at first, she studied the bansuri (indian flute) with pandit rajendra prasanna in delhi. however, she was drawn more and more to the most ancient form of indian classical music of india called ‘dhrupad’ and she started studying with the gundecha brothers, foremost exponents of this genre. she lived in their school the ‘dhrupad sansthan’ in bhopal for 6 months a year from 2009 to 2016. 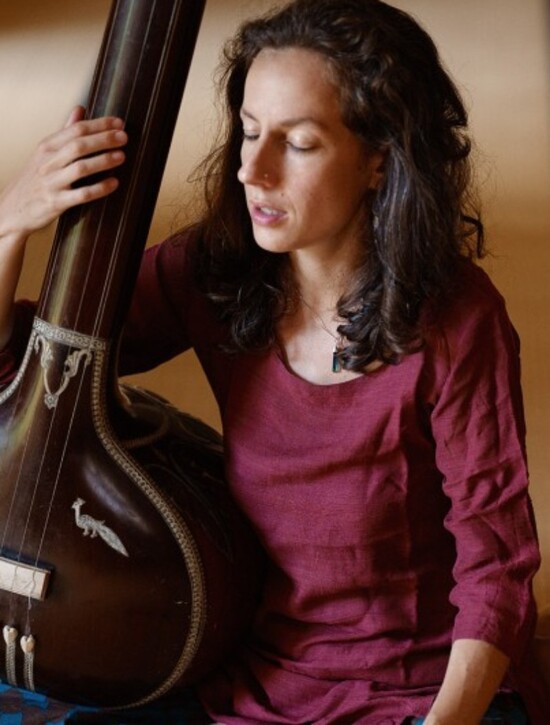 the british bagpiper callum armstrong will perform a selection of piobaireachd (an art music genre associated primarily with the scottish highlands) tunes. in accordance to the traditional performance practice he will be performing in the outdoors. the following tunes are intended:

callum armstrong started playing the highland pipes at the age of 16. from then onwards music became the big passion in his life. after school he studied music at trinity laban conservatoire of music and dance in greenwich, london. while at the conservatoire he was awarded the silver medal for early music in 2013 and for three consecutive years the beryl maggs prize for recorder.

once he left the conservatoire, he began his career as a self-employed musician and composer, working in a wide variety of different musical fields. this musical journey has led him to many exciting areas as a performer, teacher and instrument maker. as a performer he works as a soloist, in duos like the branschke armstrong duo, and ensembles like concerto caledonia and the savage prunes. he has also performed in theatre productions such as the suppliant woman, which toured around the uk and to hong kong. 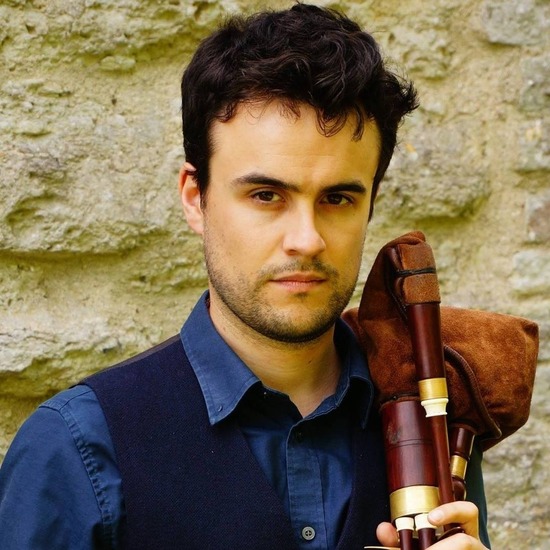 with the new music influencer @winkler.works

in accordance with the festival title 'drone', the lecture performance by the media artist and composer johannes winkler will be designed as a continuum: instagram as medium @winkler.works where it is pre-composed & further composed, and uses content-structural references of the other pieces presented at the ya¹ festival.

by means of narrative-anticipatory swipe gestures, artificial intelligence and digital-spiritual intuition, audiovisual geometries are searched for in syllable sounds & carousel posts - and as soon as they are found, they are dismantled again. who gets on the same drone twice?

*1984, lives and works as a freelance media artist and composer in essen. his more recent work explores recursive relationships between 'counting and dreaming' and includes visual, auditory and conceptual works. since 2017 he has been re-composing his wide-ranging oeuvre in lecture performances and audiovisual 'slide compositions' - as artistic research in images / films, text and music.

on instagram, johannes winkler re-composes his oeuvre as audio-visual 'slide compositions'. each post represents a multi-page work and is telling, documenting, anticipating - about the cybernetic everyday, metaphysics and aesthetics: people and art - people and numbers - people and nature - people and people. in order to keep them alive, the 'slide compositions' are deconstructed again in different contexts: e.g. in lectures and on his further instagram accounts @konnakol.de @deconstructed.stories and @wind.musik. 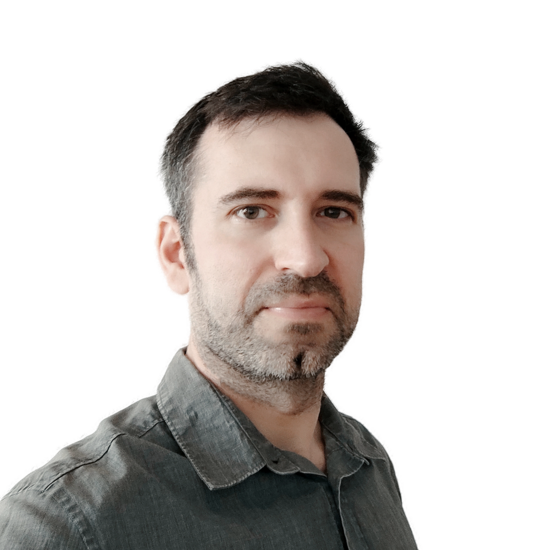 the famous notre-dame de paris cathedral played a central role in the creation of polyphonic liturgical compositions in the late 12th and 13th centuries. in addition to a new volume of two-part compositions by magister leonin around 1180, three- and four-part compositions by magister perotin were also handed down in several manuscripts a short time later. in the lower voices, the traditional gregorian chants are heard in long sustained tones, while the higher voices create an imposing and moving sound structure.   from all over europe, astonished contemporaries travelled to paris, as the anonymous author anonymus iv conveyed, to hear this new art of sound with their own ears and to experience it for themselves in the cathedral, which is unsurpassed in terms of acoustics, height and stained glass windows.

inspired by the idea of the "ya¹ day festival for contemporary music", the programme is complemented by selected chants from the middle ages sung over a constant-sounding drone. the hypnotic effect of these compositions has survived the centuries and can still be felt today.   performers 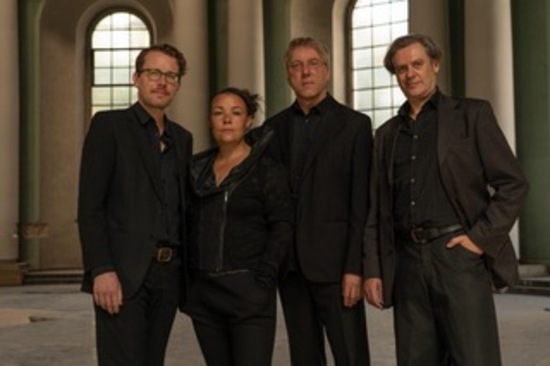 the ensemble, specially formed for the first edition of the ya¹ day festival for contemporary music, consists of five young musicians from the ruhr area.

for this concert, two pieces were selected that contain the drone as an intrinsic element:

gradients of detail is the second of a long series of drawing-based compositions which chiyoko szlavnics completed between 2004-2014. the composition's extremely challenging material was inspired by the acoustical concept of a 'critical band'. chiyoko szlavnics had been introduced to the concept by james tenney's 1988 composition, critical band. gradients of details original drawings reveal how its form was conceived as a triptych; how such exceptionally-sustained music was intuitively designed to unfold in time, and in pitch space. they also reveal how unisons and silences are important structural elements, with the silences providing the listener with a few moments to release the intensity of the 'just heard', before the music continues.

resembling plant structures, the drawings were inspired by her childhood encounters with the alien-looking milkweed plant: its pods, its silky, "parachute seeds", and its occasional visitors––monarch butterfly caterpillars. milkweed is the only plant upon which the monarch will lay its eggs. tragically, the plant's habitats along the butterfly's migration routes in north america have been largely destroyed by modern agricultural practices. 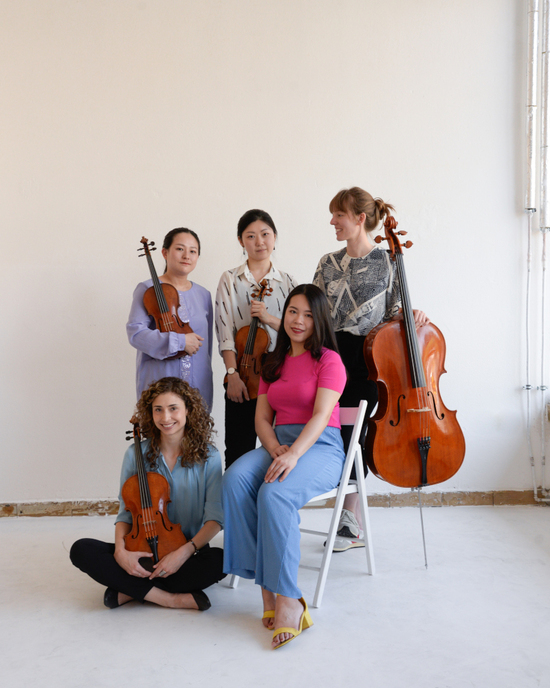 on the 6th of august, tamon yashimas dark ambient project will be heard. influenced by the japanese noise scene, he and the bassist jakob krupp will create an evening with a lot of sound pressure, low frequencies and lots of speakers.

the german-born composer and oboist tamon yashima is currently a member of the new music ensembles s201 and consord. in 2019/20 he was a scholarship holder of the international ensemble modern academy.

he received his first award at the avw piano composer cup at the age of seven. this was followed by prizes at the german music competition for composition in bonn, as well as second prize as an oboist at the 4th john cage competition for the interpretation of contemporary music, among others. he was resident artist of the bauhaus foundation and "composer in residence" of the orgelwelten ratingen.

his compositions are performed at festivals in germany and abroad, such as the now! festival essen, beethovenfest bonn, kurt weil fest dessau, klangwerkstatt berlin, the wittener tage für neue kammermusik (newcomer concert) and the donaueschinger musiktage für neue musik (next generation, 2016). he has worked with renowned ensembles and musicians, including the bochumer symphoniker, the internationale ensemble modern akademie, the ensemble s201, the ensemble consord, or the neues ensemble hannover.

he studied oboe with michael niesemann at folkwang university of the arts and with matthias bäcker at hochschule für musik "franz liszt" weimar. he received his compositional training with günter steinke (instrumental) and michael edwards (electronics). 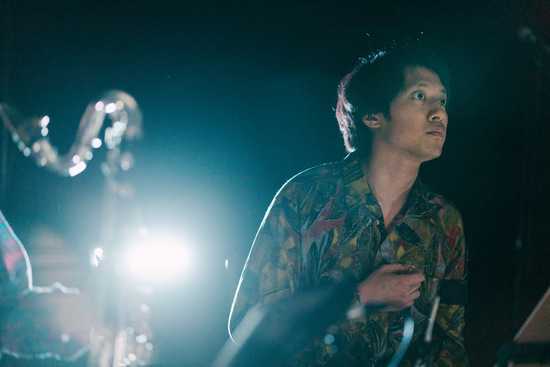